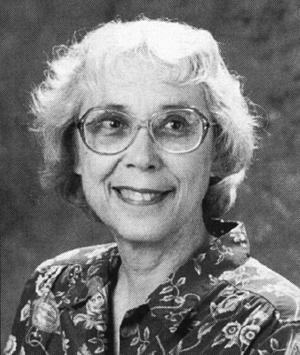 Dr. Oglesby also served as chair of several committees at COMP including the
Faculty Council from 1985 to 1986, Student Promotion from 1989 to 1998, and
Financial Aid from 1986 to 1996. For a number of years she was the faculty
advisor for Delta Omega, the sorority for women osteopathic medical students.

Students in 1984 and 1988 presented her with the Outstanding Basic Teaching Award and
the faculty selected her for the Excellence in Teaching Award in 1992 and 1995.
One of her favorite student-related activities was playing Mrs. Santa Claus at
the annual “Santa’s Workshop”.