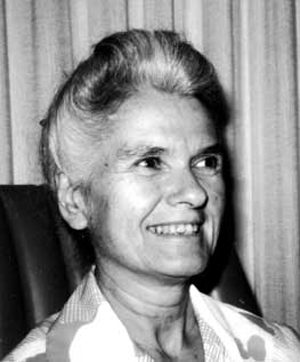 Dr. Viola M. Frymann is a native of England. She graduated from the University of London,
earning the degree of MB and BS and also received an MRCS and LRCP from the
Royal Colleges. She is a graduate of the College of Osteopathic Physicians and
Surgeons of Los Angeles (COP&S), a Fellow of the American Academy of
Osteopathy (FAAO) and Charter Fellow of The Cranial Academy.

Dr. Frymann was a Founding Board member of Osteopathic Physicians and Surgeons of
California (OPSC) and College of Osteopathic Medicine of the Pacific (COMP).
She also served as President of the Cranial Academy and OPSC and served on the
Board of Governors of the American Academy of Osteopathy. In 1982, Dr. Frymann
founded the Osteopathic Center for Children in San Diego and continues to
direct the center.

Dr. Frymann has been a member of the faculty at COMP and has served as the Founding
Chair of the OPP Department. She has taught throughout the world, France,
Italy, Canada, Switzerland, Belgium, England, China, Japan, Latvia, Russia,
Australia and Denmark. She has also been involved in Clinical Research in
Osteopathy in the Cranial Field with Yuri Moskalenko of the Academy of Science,
St. Petersburg, Russia.