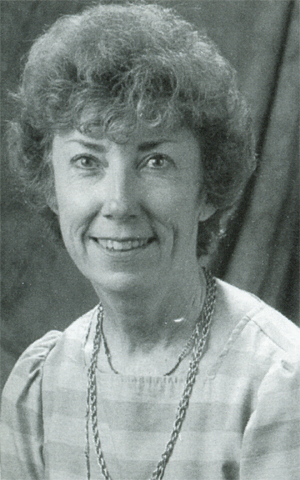 In 1979, Janet Dyer left a job at the Claremont Graduate Schools to become the first Director of Financial Aid and Registrar at the College of Osteopathic Medicine of the Pacific. Dyer went on to become Dean of Student Affairs and has been the Dean of Alumni Affairs.

One of the early high points of Dyer’s career was in 1980 when she went to Sacramento to lobby for the successful passage of legislation that entitled COMP students to apply for California Graduate Fellowships. In the fall of 1987 Dyer was named AOA Consultant by the Bureau of Professional Education of the American Osteopathic Association. Other proud moments include initiating several ventures that continued for years: the first Campus Commotion in 1981; the first Getting Ready Weekend in 1982; and the first Alumni News in 1993.

In addition, Dyer has achieved a bit of fame in the horticultural world for one of her favorite hobbies – native plant gardening. A gorgeous garden she created from scratch and tended for 5 years was featured in Time, Pacific Horticulture, Fine Gardening, the Claremont Courier, and the Los Angeles Times.

After 21 years of service to the university, Janet Dyer retired in 2001.