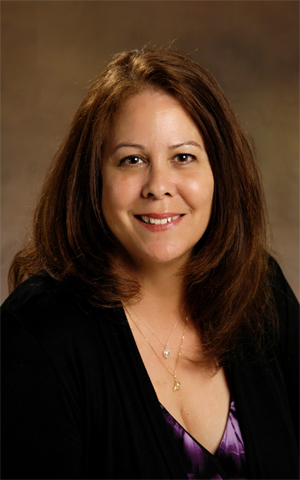 Julie Wade started working for COMP on May 16, 1983 and has recently completed 30 years of service at WesternU. Wade’s career began started in the Special Events and Public Relations department as an assistant to the Director for 15 years. Shortly thereafter, Special Events became its own department. Throughout the years, Wade received several promotions and became the Director of Special Events in 2001.

“My department is responsible for developing, producing high-quality events and managing a variety of events that support the university mission,” states Wade. The Special Events Department is heavily involved with events such as: A Tribute to Caring Scholarship Dinner; East West Scholarship Dinner; President’s Lectureship; donor dinners, luncheons and receptions; business expo; building/room dedications and receptions; ground breaking/open house and receptions; President’s holiday party; Together We Read; and A Taste of Pomona. Wade also works closely with Dr. Beverly Guidry and the detail team on commencement, convocation and white coat ceremonies. She also plans and executes the President’s ice cream social, BBQ and Vender Faire. Over the years Wade has also participated on many event related committees, such as Founders, East West, commencement dinner dances and open houses.