College of Osteopathic Medicine of the Pacific-Northwest 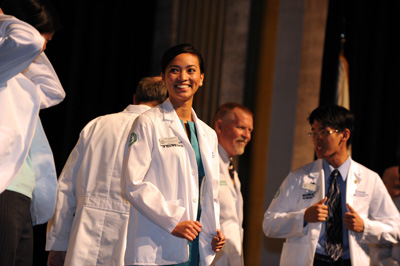 The College of Osteopathic Medicine of the Pacific (COMP), was established in 1977 as a direct and important response to a critical shortage of primary care physicians in the western United States. Philip Pumerantz, PhD, accepted the invitation of the college’s board of directors to become the founding president in September of 1977. In January 1978, COMP received pre-accreditation status from the American Osteopathic Association. Provisional accreditation status was achieved in July of 1978 and full accreditation in February 1982. In August of 1996, in order to better reflect its stature, COMP was restructured into a university with a new name: Western University of Health Sciences. Continuing Full Accreditation status was last granted for WesternU/COMP in January 2008 by the Bureau of Professional Education of the American Osteopathic Association. The next scheduled Full Accreditation visit by the Commission on Osteopathic Colleges Accreditation (COCA) is in March of 2015.   The Northwest Track option became fully accredited by the COCA in January of 2007, and is now known as COMP-Northwest as of July 2011.   The American Osteopathic Association, Commission on Osteopathic College Accreditation (AOA COCA) is the only accrediting agency for pre-doctoral osteopathic medical educational institutions, including the College of Osteopathic Medicine of the Pacific, and is recognized by the United States Department of Education (USDE). Accreditation indicates that the college of osteopathic medicine (COM) has met or exceeded the AOA standards for educational quality.   This school is a non-profit corporation and is authorized by the State of Oregon to offer and confer the academic degrees described herein, following a determination that state academic standards will be satisfied under OAR 583-030. Inquiries concerning the standards or school compliance may be directed to the Office of Degree Authorization, Higher Education Coordinating Commission, 775 Court St NE, Salem, Oregon 97301. Western University of Health Sciences is fully accredited by Western Association Schools and Colleges.