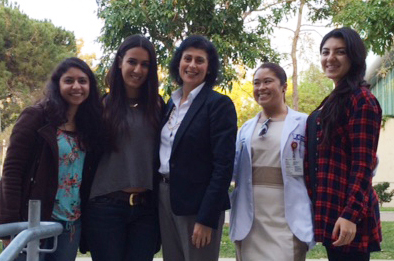 Christle Guevarra had the opportunity to represent the Neuromusculoskeletal Medicine/ Osteopathic Manipulative Medicine Fellowship and Western University of Health Sciences at UC Irvine with Gina Moses, AACOM’s associate director of recruitment and application services. After an informative and inspirational presentation on osteopathic medicine, she led the students in a modified structural examination and demonstrated how to incorporate a structural exam in the clinic. She spoke about why she decided to pursue osteopathic medicine and WesternU. She enjoyed coming back to an undergraduate campus and talking to pre-medical students who are just beginning their journey in medicine.

While at the 2015 American Academy of Osteopathy Convocation, the WesternU Undergraduate Fellows had the unique opportunity to help pass down the historical A.T. Still’s Foot Manipulation techniques unto approximately 200 practicing clinicians. Having trained with Dr. John Martin Hiss D.O., Dr. Rue Tikker D.P.M. collaborated with both Dr. David Redding D.O. and Dr. Rebecca Giusti D.O. with the hopes of sharing the knowledge he had indirectly received from the “Father of Osteopathic Medicine” himself. In an ironic role-reversal, the Fellows served as table trainers for some of the nation’s most well-known and respected osteopathic physicians. As medical students, the Fellows walked between the OMM tables, palpated along side those who have had years to perfect their osteopathic touch, and answered the physicians’ questions regarding the techniques. Although it was a challenging experience, it was also a humbling and rewarding opportunity to give a piece of history back to the physicians who continue to serve as mentors and role models for the osteopathic community.

Every semester the Fellows have a workshop with the well-respected Dr. Lorane Dick who was Department Chair of Osteopathic Principles and Practice Department of Western University from 1986-1989. This semester three of the Fellows brought their babies to be treated by Dr. Dick and the Fellows. Each child brought a different experience for the Fellows in terms of size, personality and developmental stage. Next, Dr. Dick taught new visceral techniques that could be utilized in the hospital and additional treatments for patients who suffered traumatic accidents. Lastly, Dr. Dick set aside the time to have a discussion with each of the fellows asking them about their personal goals and challenges. She has been a vital part of each Fellow’s personal and professional growth. Fellows appreciate these workshops, which enrich and equip them with more insight and skills to carry on to their students and patients. 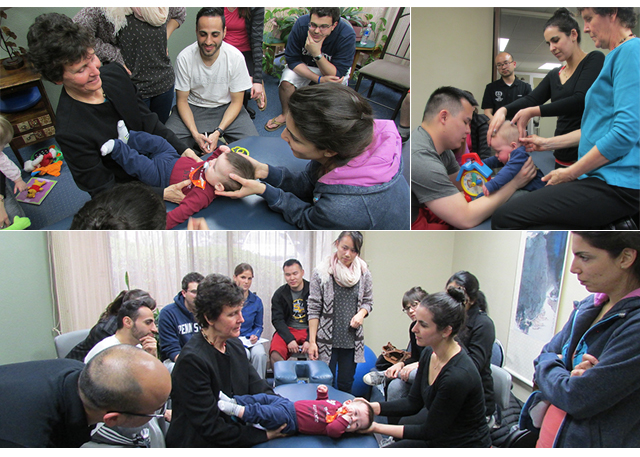 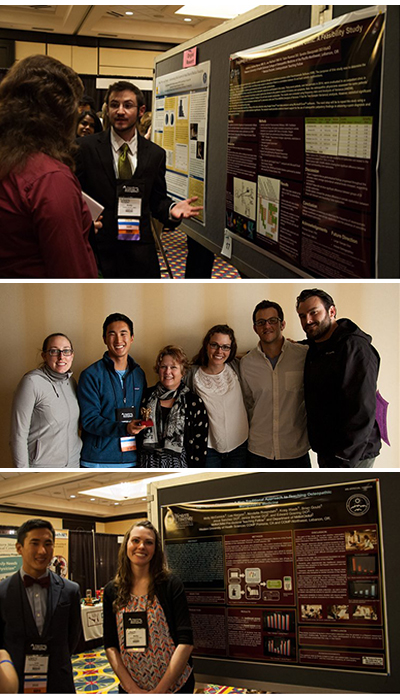 The AAO Convocation was located in Louisville, KY and as usual the fellows had the opportunity to attend the conference, which includes lectures, hands on seminars and research poster presentations. This year the Fellows from the Lebanon campus had a great presence during the poster presentations. Out of the 32 posters presented, the northwest campus had 4 posters and 8 Fellows represented. This was the most from any single campus represented in the competition. There was an original research poster presented by Andrew Narver and Joel Walthall titled Frequency of Viscerosomatic Reflexes in an Outpatient Clinic: Feasibility Study. It was a study on comparing barral visceral dysfunction and back somatic dysfunction as an attempt to elucidate presymptomatic viscerosomatic reflexes. The Study was well done and well presented. There was a case study write up presented by Katie Markelz titled Osteopathic Manipulative Treatment in Severe Nausea and Vomiting in Pregnancy: A Case Study. She used various OMT modalities on a pregnant patent who was suffering from severe nausea and vomiting and showed a reduction of symptoms over the course of 3 weeks. Her study suggests OMT is a valuable adjunctive treatment to pharmaceutical management of pregnant patients with severe nausea and vomiting. Then there was a poster, which won 1st place in the educational research category presented by Molly McCormick, Lee Kenyon, Kraig Wasik, Nicolette Rosendahl and Brian Gould. The poster was titled The Flipped Classroom: A non-Traditional Approach to Teaching Osteopathic Manipulative Medicine. The project was exploring the effects of long-term retention and general attitude of students towards “flipping” the classroom where the information within the Powerpoint presentation was to be reviewed prior to lecture while the time slot for the lecture was used to facilitate synthesis and practical application of the material. We were very proud to have such a great showing from COMP-Northwest and hope this is the beginning of a long tradition of presented research specifically in the Osteopathic Manipulative Medicine field.

Fellows came together for journal club every Wednesday to discuss and evaluate articles related to the field of Neuromusculoskeletal Medicine and Osteopathic Manipulative Medicine. We have reviewed the following journal articles this semester: