The oral cavity is one of the unique microenvironments in the body. The interactions between alveolar bone, dental tissues, oral mucosa, oral bacteria, immune cells, and saliva define several physiological and pathological processes that are specific to the oral cavity. Alveolar bone shows unique patterns of adaptation to mechanical loading, disuse, aging, and remodeling-altering medications, especially bisphosphonates. Dr. Elsalanty’s lab has been investigating the interaction between alveolar bone and the soft tissues during regeneration and mechanical loading. 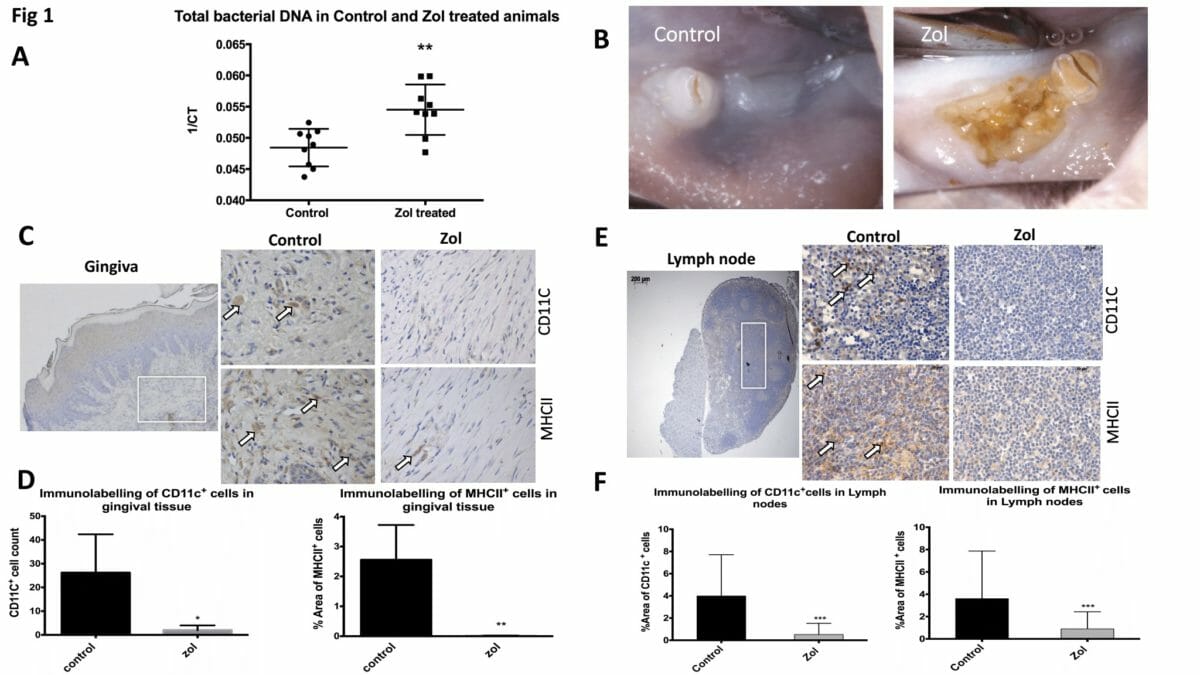 Recently, his team has focused on exploring the mechanisms for medication-associated osteonecrosis of the jaw (ONJ), as a venue to explore the mechanisms that make the condition exclusive to jawbones, as well as developing strategies for preventing such a serious condition. They are currently exploring the unique response of alveolar bone to anti-resorptive medications from three interconnected directions. The first is to investigate the role of matrix-bound bisphosphonates in the pathogenesis of bisphosphonate-related osteonecrosis of the jaw (BRONJ). The hypothesis is that bisphosphonate molecules that become embedded into the bone matrix remain accessible and biologically active and they affect bone homeostasis through the impairment of osteoclast and osteocyte functions.

The third direction is to study the effect of matrix-bound bisphosphonates on biofilm formation and localized immune response in the jaw. Preliminary data shows that bisphosphonate-treated animals have higher bacterial content in the oral cavity under baseline conditions. The long-term goal is to uncover mechanisms by which alveolar bone reacts to pathological conditions and aging-related changes and develop strategies to extend the health-span of musculoskeletal tissues.