Humans are unusual in comparison to other primates in having small teeth and jaws relative to body size. The human fossil record indicates that different teeth experienced evolutionary size reduction at different times over the past 7 million years. Molar and premolar reduction has been linked to our use of cultural practices to prepare food before the first bite, reducing the amount of chewing required. However, some of our ancient relatives evolved very large molars and premolars before going extinct. They also had massive jaws combined with skull shapes indicating the presence of correspondingly massive jaw muscles. What were they eating? Since we cannot directly observe their behavior, we must make inferences using links between form and function found in living primates. 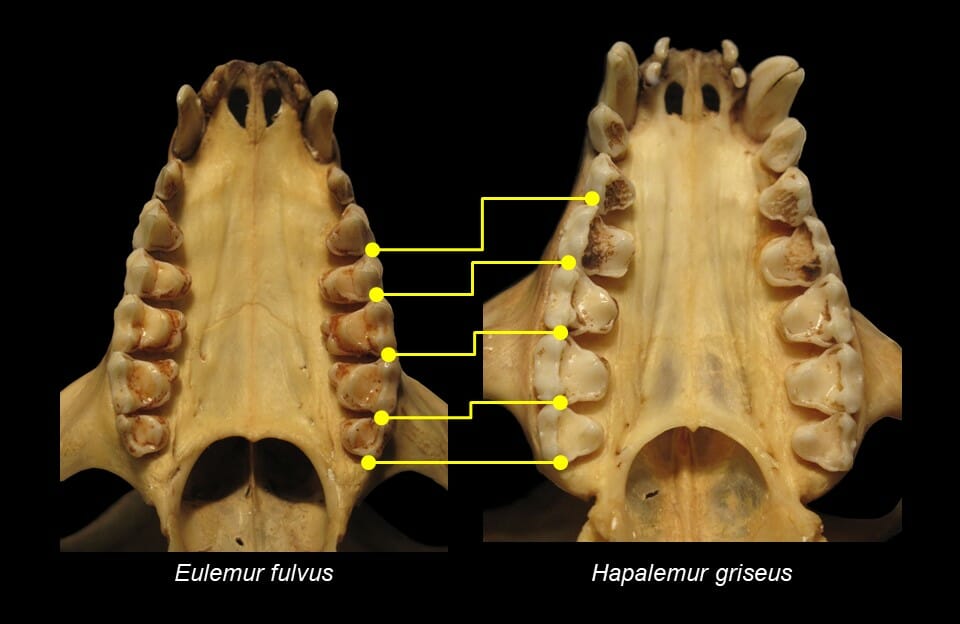 The upper teeth and jaws of two extant primates, illustrating differences in relative molar and premolar size. Both species are lemurs from Madagascar. Eulemur fulvus (common brown lemur) eats a diet of fruit and leaves, whereas Hapalemur griseus (lesser bamboo lemur) specializes on bamboo parts, which are mechanically challenging to process. The two specimens are scaled to the same jaw length to illustrate the relatively larger molars and premolars of Hapalemur (yellow lines).

Some primate lineages contain many species, while others contain only a few. Some traits are evenly distributed across primates, while others are clumped in particular groups. What factors have played a role in structuring primate biodiversity? Why are certain traits common in some groups but rare in others? What do the patterns observed in living species tell us about primate biology? These questions fall within the realm of macroevolutionary analysis: the study of rates of speciation, extinction, and trait evolution and how variation in those rates has shaped the tree of life and the distribution of traits at its tips. 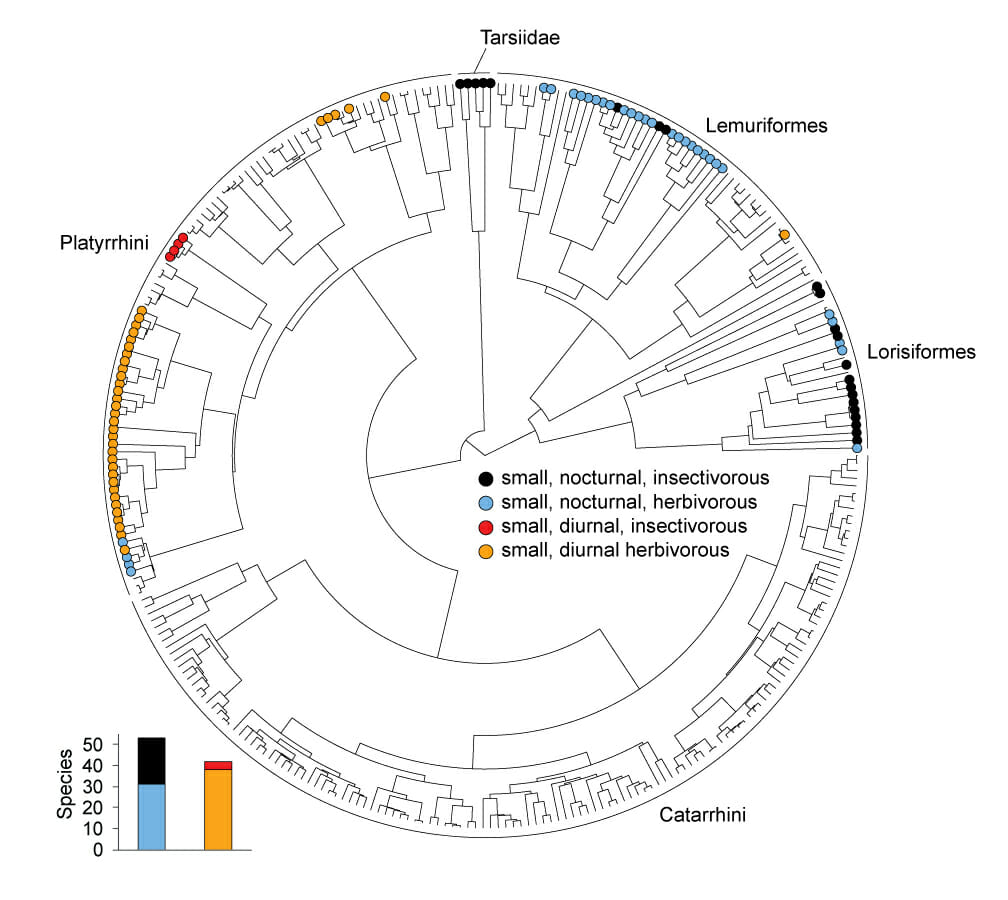