Dr. Wedel with a cast of a humerus of Brachiosaurus

As a paleontologist I have mostly worked on long-necked sauropod dinosaurs and the evolution of air-filled bones in dinosaurs and birds. I’m also interested in the evolution of heads and necks in vertebrates, and in the nervous systems of very large animals. I’ve been fortunate to coauthor three papers naming new dinosaurs: the sauropods Sauroposeidon (2000) and Brontomerus (2011), and the early horned dinosaur Aquilops (2014). In 2016 my book The Sauropod Dinosaurs: Life in the Age of Giants, with artist and lead author Mark Hallett, was published by Johns Hopkins University Press. I currently do fieldwork in the Late Jurassic Morrison Formation in Utah and the Oklahoma Panhandle. 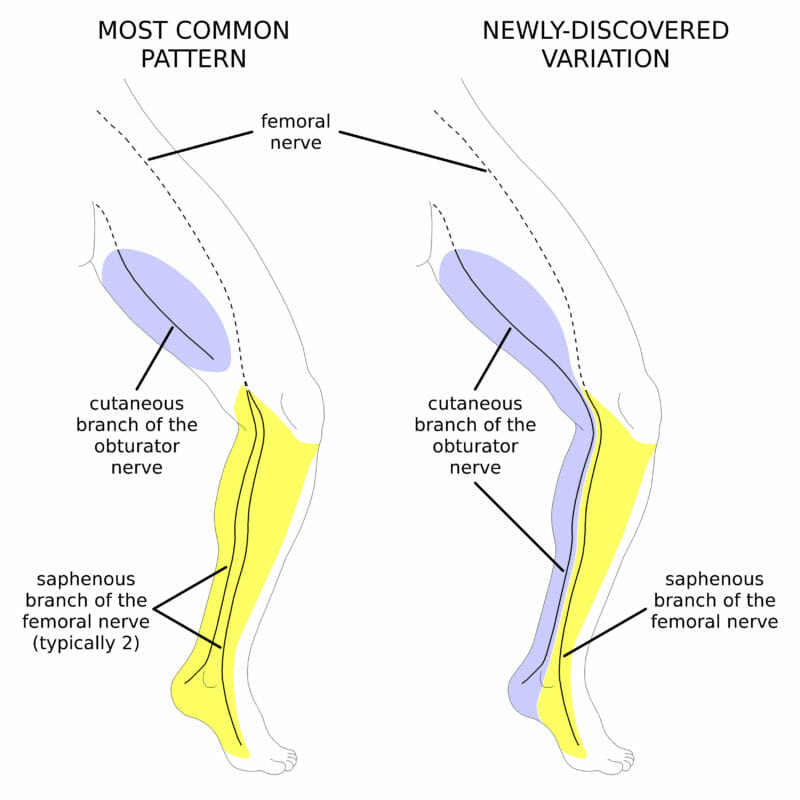 Diagram of a new variation of the obturator nerve, first discovered in the anatomy lab at WesternU

In the arena of human anatomy, I’m particularly interested in variation in the nerves and muscles of the lower extremity, and in structures derived from the embryonic pharyngeal arches. I regularly mentor WesternU students in anatomy-based research projects.