The first University-level strategic plan for WesternU was created in 2005, with many ambitious goals set to be achieved by 2015. Much of the plan had already been completed by June of 2011 (major achievements listed below). At the end of 2011, President Pumerantz and former Provost Ben Cohen determined that a new plan should be created for the University that built on what had already been accomplished and refreshed our plans for the next five years, in light of past achievements and current conditions. 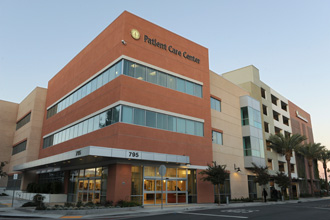 If a man does not know what port he is steering for,
no wind is favorable. ~Seneca

In December 2011, at the request of the President and Provost, Vice Provost Sheree J. Aston convened a Strategic Planning task force made up of 23 individuals representing the various constituent groups of the University community: faculty, staff, students, alumni/ae, and administration. The Task Force included working groups for the major areas of: Environmental Scan, Strategic Goals, Implementation Tactics, Budget, Communication and Marketing, and Monitoring and Evaluation Systems. A Steering Committee, made up of the chairpersons for each working group, was formed as well. 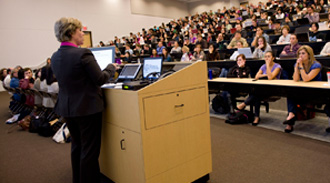 The strategic plan goals and objectives were created as a result of a process that included several information-gathering steps, including surveys, meetings, discussions, and general brainstorming. Major steps (the resulting information gathered from these steps is described in later sections of this document) included:

University faculty, staff, students, alumni/ae, and select members of the external community were asked to participate in an Ideas Survey, asking what their “big, bold ideas” were for the University. Responses were collected into a summary report.

The Environmental Scan working group conducted research into trending factors that affect health care and health sciences education today, while an internal scan was conducted through surveying faculty and staff members about the University’s strengths, challenges, opportunities, and perceived threats.

A Strategic Planning Retreat was held with nearly 50 individuals present and participating in general and small group discussion. Small groups addressed nine strategic questions and the major themes from these sessions were synthesized into a summary document.

Resulting goals and objectives were reviewed over the course of seven meetings by the Strategic Goals working group, and were compiled into a draft document. These were then reviewed and prioritized by the Executive Team (including current Provost Gary Gugelchuk), the Oversight Committee, and other University leaders. The Monitoring and Evaluation working group researched technology systems and reviewed their capabilities and appropriate level of functionality.

At the Provost’s request, the Deans of each college conducted their own SWOT (Strengths, Weaknesses, Opportunities, Threats) analyses and invited the Deans and Operations heads to submit Collaborative Proposals to address the proposed strategic goals and objectives via a process developed by the Tactics working group. Submitted proposals were reviewed by the Provost’s office and those given a preliminary “green light” to move forward as part of the strategic plan were identified so that the Budget working group could begin to estimate a necessary investment pool. The major areas addressed by these included: Research, Clinical Services, Academic Programs, and Interprofessional Education.

The draft Goals and Objectives were further distilled and prioritized, resulting in this document, which is Part I of what will be a two-part Strategic Plan. Part II will consist of a detailed Implementation Plan with actionable tactics and measures for each objective. Over the course of 2013, we will conduct numerous tactical planning sessions to address each goal area, culminating in a full Implementation Plan leadership retreat. Part II of the Strategic Plan will then be approved by the University Board of Trustees and cascaded throughout the University.