WesternU / College of Pharmacy / About the College / Dean’s Advisory Council

The College of Pharmacy’s  Dean’s Advisory Council mission is to assist the College in building a strong presence in the world of pharmacy, to increase the College’s national and international visibility for quality research, education and service, and to serve as College ambassadors.

The Council will realize its mission by: 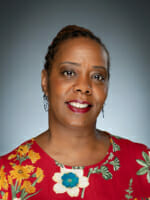