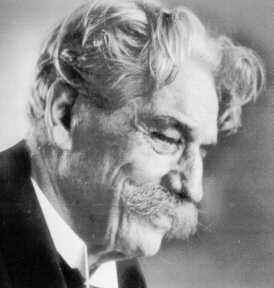 When Albert Schweitzer (1875-1965) was at the height of his influence, he was considered the most famous and admired man alive. Schweitzer – an accomplished ethical philosopher, theologian, musician, organ builder, author, and medical doctor — received a PhD in Philosophy in 1899, and a year later received a second PhD in theology, both from the University of Strasbourg. After establishing a successful career in theology and music, he changed directions at age 30, receiving a doctor of medicine degree in 1913, also from University of Strasbourg. He subsequently devoted much of his career to treating patients in equatorial Africa, and became world-renowned as a humanitarian.

Dr. Schweitzer was awarded the Nobel Peace Prize in 1952 for development of the reverence for life ethic. Summarized in his own words:

“Man’s ethics must not end with man, but should extend to the universe. He must regain the consciousness of the great chain of life from which he cannot be separated. He must understand that all creation has its value. Life should only be negated when it is for a higher value and purpose — not merely in selfish or thoughtless actions. What then results for man is not only a deepening of relationships, but a widening of relationships.”1

“It [reverence for life] cannot be completely achieved; but that fact does not really matter. In this sense, reverence for life is an absolute ethic. It does not lay down specific rules for each possible situation. It simply tells us that we are responsible for the lives about us. It does not set either maximum or minimum limits to what we must do.”2

He goes on to state: “True, in practice we are forced to choose. At times we have to decide arbitrarily which forms of life, and even which particular individuals, we shall save, and which we shall destroy. But the principle of reverence for life is nonetheless universal.”2

Reverence for life means that all life is valuable and important, and that no life (human, animal or plant) should be sacrificed without compassionate consideration of the life lost compared to the greater good the sacrifice may yield.

When a poor farmer’s wheat crop is attacked by an insect infestation that threatens to destroy his only means of supporting his family, what is he to do? When a lion is charging toward a child, what is the child’s father (who is armed with a rifle) to do? When mice are in an experiment that may lead to the discovery of new knowledge needed to cure multitudes of dogs, cats, and people, what choice is to be made? Intuitively, most of us know what needs to be done in each case; yet, regardless of the decision made, life will be lost.

Reverence for life posits that though life may be lost, it should never be sacrificed in a callous or cavalier manner, and that an act of potential harm should be committed only after determining that the potential greater good exceeds the harm that occurs from loss of life.
This is how we approach animal experimentation at Western University of Health Sciences.

No one at Western University wants to cause pain or loss of life during research. We recognize that each life is precious, important and valuable. It is only after carefully weighing the potential benefit against the loss or harm that occurs during an animal experiment — and determining that the potential good of the experiment greatly exceeds the harm caused by a life being sacrificed – that animal experiments are allowed to go forward. Each research protocol in which animals are used at Western University must go through a thoughtful and meticulous review by our Institutional Animal Care and Use Committee (IACUC). This committee includes scientists, veterinarians and a community member not affiliated with the university. No animal study can begin until the IACUC has exhaustively reviewed and approved the study design.

Every animal used in a study must be fully justified. The “three R’s” — Replace, Reduce, and Refine”3 — are used when examining a protocol. The committee determines whether the use of animals in the study is necessary, or if animal use can be replaced with an alternative (e.g., cell culture or computer modeling experiments). The Western University IACUC ensures that the scientist reduces the number of animals used in research to the minimum number needed to get meaningful scientific results. Each proposal is examined to be sure that the techniques used on the animals are refined to assure that the animals undergo a minimum amount of pain and suffering. In addition, the IACUC determines that the study is not needlessly repeating previous studies; that the information sought in the study is not already known and well-established.

In addition to the IACUC, which every life science research institution in the country must have under federal law, Western University has elected to form another committee, Committee for Animal Research Evaluation (CARE). The Western University CARE is not mandated by federal law, but was created by Western University to ensure that our reverence for life principle regarding research is being followed. This committee meets twice per year and discusses such issues as the latest information on alternatives to animal research, new thinking and trends in animal experimentation, animal research perception in the community at large, new directions at the University regarding animal experimentation, and other research animal-related issues.

At Western University of Health Sciences, we are committed to following a reverence for life principle for research animals as articulated by Dr. Schweitzer: “Life should only be negated when it is for a higher value and purpose — not merely in selfish or thoughtless actions.”1 We are determined that before animal experiments are allowed to go forward, the value of a research animal’s life is always considered and weighed against the potential good derived from a proposed animal experiment.